Did POTUS keep his NRA Promises? President Trump to speak at NRA Atlanta 2017 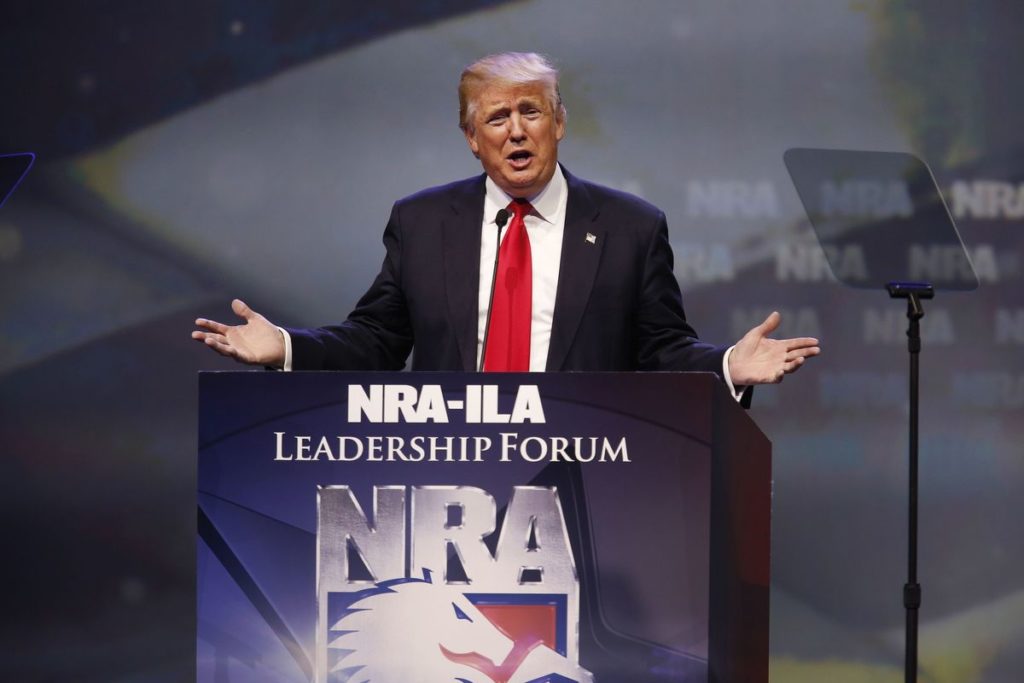 Aside from being the first President of the United States since Reagan to speak at an NRA Meeting, President Trump has some lofty goals ahead of him.

He is scheduled to speak to the NRA’s 2017 Leadership Forum in Atlanta on April 28. The NRA endorsed Trump on May 20, 2016 as he vowed to save the Second Amendment with the NRA’s help.
A question that is on a lot of legal gun owners’ minds in this country I feel would be, “…is the President doing what he promised in 2016?”

With President Trump, a Republican House and Senate and now a Pro-Second Amendment Supreme Court Judge at the helm we have already seen multiple victories for the Second Amendment.

The House voted to repeal a gun ban for veterans, and according to Fox News: “House Speaker Paul Ryan pulled an anti-gun healthcare proposal from consideration; the governor of North Dakota signed a bill letting residents carry a firearm without a permit; New Mexico lawmakers defeated a gun registry bill and the Supreme Court ruled for a defendant whom a gun rights group had supported.”

Let’s not forget, that Veteran and now Interior Secretary, Ryan Zinke; already ended the last-minute Obama sneak tactic of banning lead ammunition on Federal lands. According to Breitbart News, “Trump officials have also signaled that they may no longer defend the Army Corps of Engineers’ ban on carrying loaded firearms and ammunition on federal lands.”

President Trump is a firearm owner, he has admitted such on camera and in interviews. I truly feel that he has our best interest in mind when it comes to the Second Amendment and our right to carry/own a firearm. I would only hope that he continues to live up to his word. My 2A concerns are about the Hearing Protection Act. H.R.367 – Hearing Protection Act of 2017 Which was introduced by Rep. Jeff Duncan on January 9th of this year. This Act has anti-gunners trembling in fear and they are fighting tooth and nail to stop it. I want to know how President Trump and his 2A coalition plan to tackle this.
I also want to know what the progress on Nationwide Concealed Carry is. I know that On January 3rd, Congressman Richard Hudson (R-N.C.8th) introduced H.R. 38, the Concealed Carry Reciprocity Act of 2017, which simply allows lawful firearm carriers from any state to carry a concealed firearm in any other state. But that was the last I heard of it via the NRA-ILA. I haven’t seen anything else on this lately.

It sounds paranoid I know, but I don’t travel to states that don’t recognize my concealed carry permit with reciprocity. Not in today’s day and age.

NRA Atlanta 2017 is approaching fast, and next week many eyes will be upon the President as he speaks and addresses the masses who helped get him elected. I truly feel that if he keeps up with the momentum that he has so far, that only good things will continue to occur for the Second Amendment and its supporters.