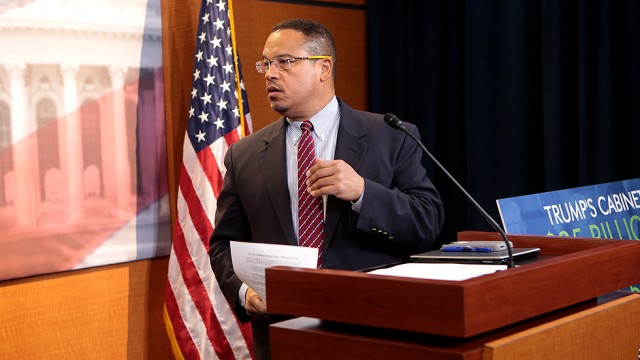 The Democratic National Committee is kicking a candidate out of the chairman’s race after he told The Hill that Rep. Keith Ellison (D-Minn.) should not be the party’s next leader because he is Muslim.

In a Jan. 5 email to The Hill, Vincent Tolliver, a former House candidate in Arkansas, said that Ellison, the first-ever Muslim elected to Congress, should not be chairman because of Islamic positions on homosexuality.

“His being a Muslim is precisely why DNC voters should not vote for him,” Tolliver wrote. “Muslims discriminate against gays. Islamic law is clear on the subject, and being gay is a direct violation of it. In some Muslim countries, being gay is a crime punishable by death.”

“Clearly, Mr. Ellison is not the person to lead the DNC or any other organization committed to not discriminating based on gender identity or sexual orientation,” Tolliver continued. “I’m shocked HRC [Human Rights Campaign] has been silent on the issue. A vote for Representative Ellison by any member of the DNC would be divisive and unconscionable, not to mention counterproductive to the immediate and necessary steps of rebuilding the Democratic Party.”

A spokesperson for Tolliver said he stands by the statement.