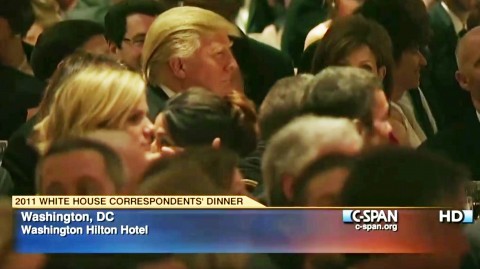 Donald Trump will be skipping the White House Correspondents’ Dinner on April 29.

“I will not be attending the White House Correspondents’ Association Dinner this year. Please wish everyone well and have a great evening!” Trump tweeted on Saturday afternoon.

Trump’s decision comes after CNN, The New York Times, Politico and several other major media outlets were blocked from attending a Friday White House press briefing. The president also continued to express his dislike for “fake news” media and targeted reporters’ use of anonymous sources while speaking to the Conservative Political Action Committee on Friday.

White House Correspondents’ Association president Jeff Mason said in a statement that the group has noted Trump’s announcement and is still looking forward to the April 29 dinner, “which has been and will continue to be a celebration of the First Amendment and the important role played by an independent news media in a healthy republic.