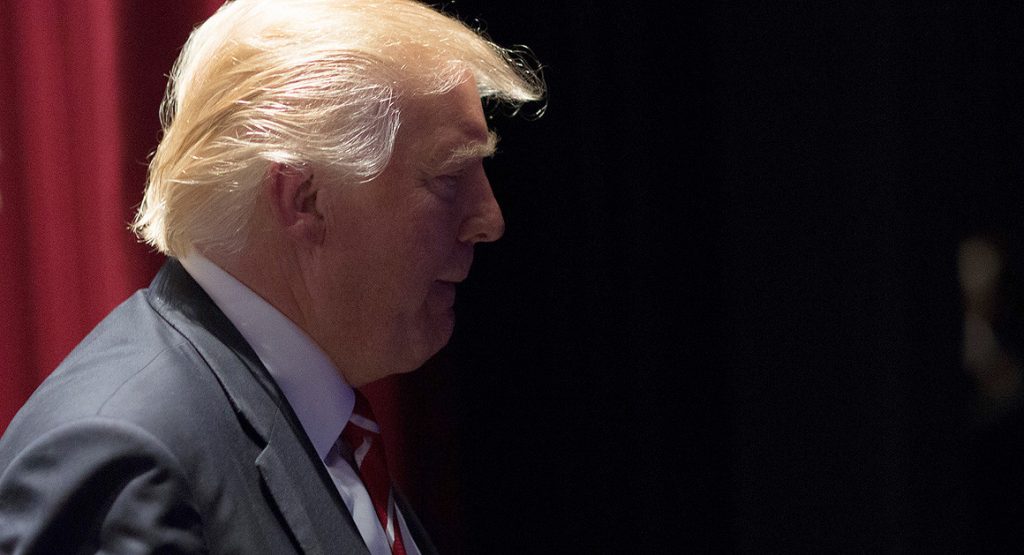 Hours after five Dallas police officers were killed and seven others wounded during a protest of this week’s shootings of black men in Louisiana and Minnesota, presumptive Republican nominee Donald Trump reacted with a call for peace.

“Prayers and condolences to all of the families who are so thoroughly devastated by the horrors we are all watching take place in our country,” Trump tweeted Friday morning.

Trump’s campaign later announced that his event scheduled on Friday in Miami had been canceled, and released a statement condemning the “horrific execution-style shootings” as “an attack on our country.”

“It is a coordinated, premeditated assault on the men and women who keep us safe. We must restore law and order. We must restore the confidence of our people to be safe and secure in their homes and on the street. The senseless, tragic deaths of two motorists in Louisiana and Minnesota reminds us how much more needs to be done,” Trump said in the statement, referring to the police shootings earlier this week, although the shooting in Louisiana happened outside of a convenience store, not in a vehicle as in Minnesota. (The statement was later corrected to read “two people.”) “This morning I offer my thoughts and prayers for all of the victims’ families, and we pray for our brave police officers and first responders who risk their lives to protect us every single day.”

“Our nation has become too divided. Too many Americans feel like they’ve lost hope. Crime is harming too many citizens. Racial tensions have gotten worse, not better. This isn’t the American Dream we all want for our children,” Trump said. “This is a time, perhaps more than ever, for strong leadership, love and compassion. We will pull through these tragedies.”

122 Comments - what are your thoughts?