Eagerness seen as a vice in presidential veepstakes 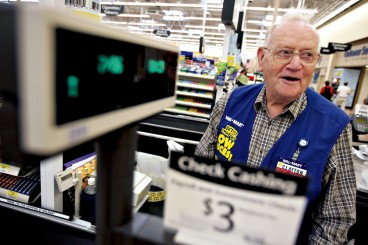 WhileÂ Mitt RomneyÂ finally looks to have the Republican nomination within his grasp, the jockeying among the wannabes for the No. 2 spot on theÂ GOPÂ ticket is only now ramping up.

In the so-called â€œveepstakes,â€ the big question for the hopefuls is how to play it.

Some of those considered to be in the mix are playing it cool: South CarolinaÂ Gov. Nikki HaleyandÂ Sen. Marco RubioÂ of Florida have said they donâ€™t expect to be picked. Others, such as New JerseyÂ Gov. Chris Christie, pointedly say they would have to consider an offer if itâ€™s made.

Then there are the matters of fitting in with the rest of the ticket and, in the post-Sarah PalinÂ era, a sense that whoever the pick is, he or she needs to be well-vetted early on.

â€œThe wannabes would be wise to hang back, play it cool, see how the cards in the deck are dealt,â€ said political strategistÂ Ron Christie, who worked for one man who played it right â€” former Vice PresidentÂ Dick Cheney. â€œNo one likes the over-eager beaver â€” particularly one angling to become the next vice president of the United States.â€

With President Obama seemingly locked into keeping Vice PresidentJoe BidenÂ on his ticket, this summerâ€™s chief guessing game will center on who will be the best fit for the Republican nominee.

Those under consideration usually would complement the presidential nominee well, would be qualified for the top office, and could help shore up support in a battleground state.

But the pick is also the equivalent of a one-shot rifle: It gives the presidential nominee a chance to reset the political conversation and quell whatever questions happen to be rising at that time.

In 2000,Â Mr. BushÂ used his pick ofÂ Mr. CheneyÂ to answer criticsâ€™ questions about his own gravitas. In 2004,Â Sen. John Kerry, the Democratic nominee, used his pick of fellowÂ Sen. John EdwardsÂ to try to reach out to Southern voters. In 2008,Â Sen. John McCainÂ tappedÂ Mrs. Palin, the Alaska governor at the time, in part to calm lingering fears among conservatives.

The political oddsmakers atÂ Paddy Power, an Irish bookmaker that takes bets on things such as the veepstakes, released odds last week that madeÂ Mr. RubioÂ the clear favorite at 2-1, followed byÂ Mr. ChristieÂ at 5-1 and New MexicoÂ Gov. Susana MartinezÂ at 11-2.