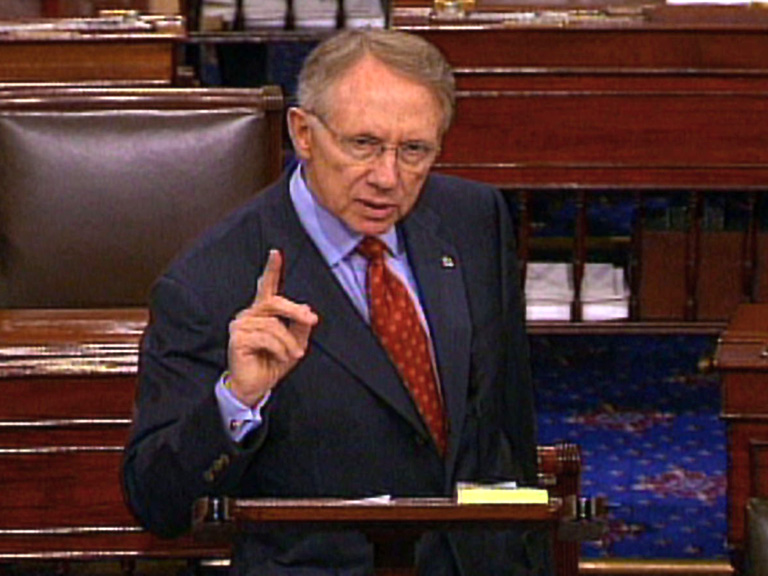 WASHINGTON (AP) – The 2010 elections have changed the direction of government only half way through the primary season, with voter anger and economic jitters causing lawmakers to balk at their most basic duties as well as key elements of President Barack Obama’s agenda.

After betting their political future on a government-mandated expansion of health care to include millions more Americans, Democrats appear to have little appetite for more legislative showdowns given voter rebellion against government spending amid trillion dollar-plus annual deficits.

The solution in some cases is to simply not vote. Immigration reform is too politically toxic. Key bills with massive price tags are getting shelved.

Congress’ core duty, exercising its power of the purse by passing a budget? Negative. A vote for it could be seen as a vote for deficit spending. There’s no sign of the 12 annual spending bills that typically come up in June.

Five months out from the midterm elections, Democrats and Republicans say they have no choice but to draw lessons from the nominating contests and their own, increasingly vocal constituents.

Obama himself gave his party cover for dropping any real plans to pass comprehensive immigration reform, which he’d promised to address in his first presidential year. Passing the massive health care overhaul on the heels of an economic stimulus package and several industry bailouts has sapped Congress of any “appetite” for polarizing legislation.

“I don’t want us to do something just for the sake of politics that doesn’t solve the problem,” Obama told reporters Wednesday night aboard Air Force One.

In March, Congress sent Obama a modest $38 billion jobs bill exempting employers who hire laid off workers from the 6.2 percent Social Security tax through the rest of the year and providing about $20 billion for highway and transit programs. Employers also can get a $1,000 tax credit if new hires stay on their payroll a full year.

The bill was supposed to be only the first of many election-year measures to hammer home the “jobs, jobs, jobs” rallying cry that Democrats hoped would persuade voters to stay with them in November.

But Democratic moderates’ antipathy to borrowing more money to pay for the additional jobs and recession safety net measures has forced the party to abandon some and trim back others.

Obama’s proposed $250 bonus payment to Social Security recipients was killed by the Senate. Also gone is an $80 billion-plus Senate plan that promised money to build roads and schools, help local governments keep teachers on the payroll and stimulate hiring in the home improvement industry with rebates for homeowners who make energy-saving investments.

Just last month, deficit concerns killed $24 billion in fiscal relief to prevent state workers from being furloughed. It was a measure that earlier had won initial votes in both the House and Senate.

The battle over extending jobless benefits for up to 99 weeks for the long-term unemployed typifies how the Democrats’ jobs agenda has foundered. What originally was a $200 billion measure combining the jobless benefits with renewing popular business and family tax breaks was cut to $115 billion by House leaders after moderate Democrats who are particularly vulnerable in November refused to support it.

Among the losers were laid-off workers who will now see subsidies covering two-thirds of their health insurance premiums disappear.