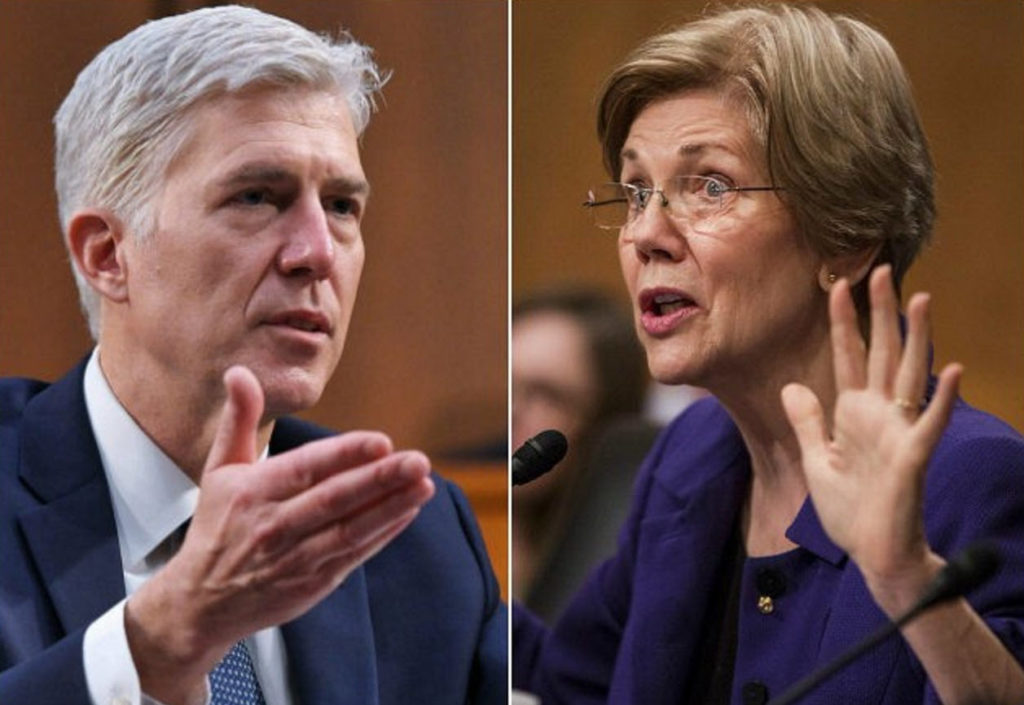 Sen. Elizabeth Warren (D-MA) said last week that she supports a filibuster to stop the Supreme Court nomination of federal Judge Neil Gorsuch, claiming that he is “way outside the mainstream.”
“We need to have a judge who’s kind of acceptable to both sides,” Warren said on National Public Radio’s Morning Edition Friday. “That’s the reason there’s a 60-vote rule in effect on Supreme Court nominees.”

“In every opportunity to choose between corporate interests, big corporations and the little guy — employees, women, consumers — he always chooses the big corporations,” Warren said. “And I think that puts him way outside the mainstream of what we need.”