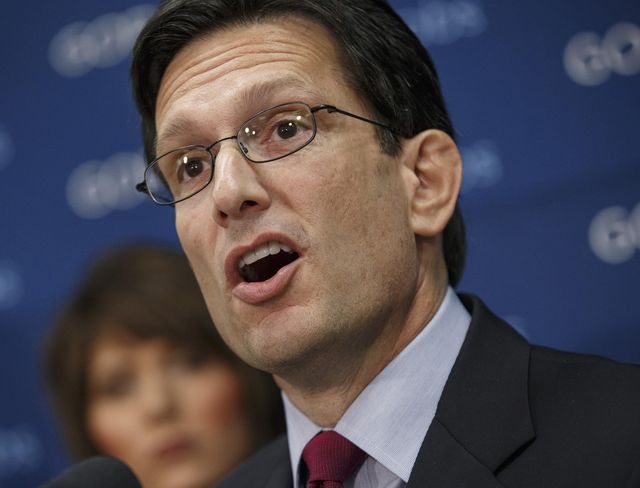 House Majority Leader Eric Cantor said granting amnesty to children of illegal immigrants is a biblically-based notion and that’s why he supports it.

“I’ve always said that there’s a biblical root and a tradition in this country that says we don’t hold children liable for their parents’ acts, and when you have kids who may have been brought here, let’s say, at 2 months old, unbeknownst to them, and they’ve been here all their lives and they want to serve in our military, my position has been I agree with that principle,” the Virginia Republican said, Newsmax reported.

He went on: “They should be allowed to serve in our military and be allowed to become part of this country as a citizen, but not their parents. Not the ones who committed the illegal act. So, this is the difficulty.”

Mr. Cantor has fielded quite a bit of conservative fire in recent days for his views of immigration. For instance, David Brat, who’s challenging Mr. Cantor for his seat, called him the “No. 1 Republican supporter of amnesty” at a recent press conference, Newsmax reported.