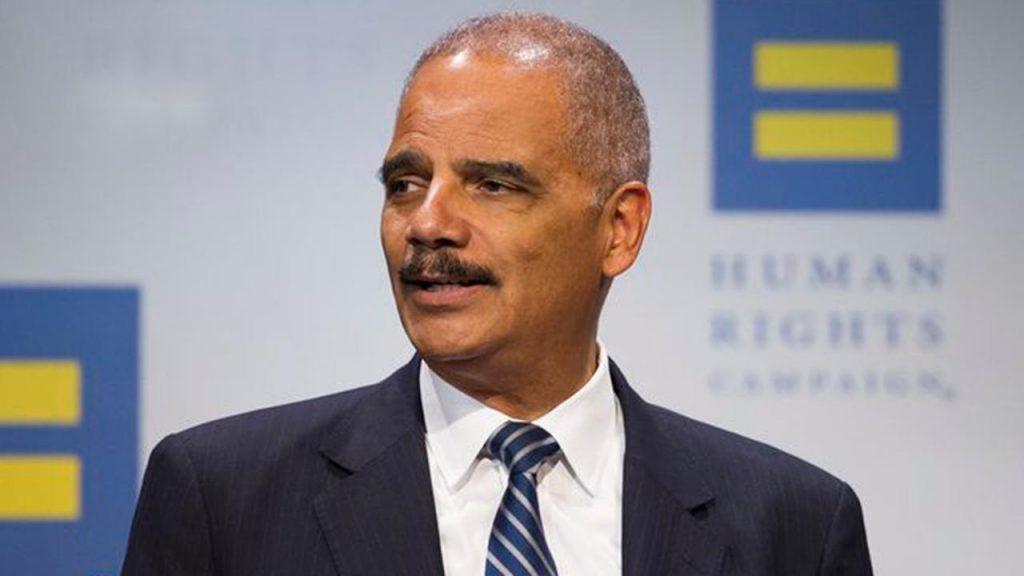 After raucous applause, Holder, who served in the Obama administration from 2009 to 2015, added: “That’s what this new Democratic Party is about.”

Holder clarified later: “When I say ‘kick ’em,’ I don’t mean do anything inappropriate, don’t do anything illegal. But we’ve got to be tough. And we’ve got to fight for the very things that John Lewis, Martin Luther King, Whitney Young, all those folks gave to us. That stuff can be taken away. That’s what they want to do.”