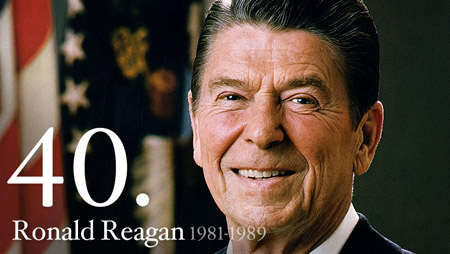 He said Reagan, who would have been 100 Sunday, accomplished all of his goals as president â€“ cutting taxes, building up the national defense and renewing American â€œexceptionalism.â€

â€œHis greatest legacy was that he was the best articulator of freedom in modern times,â€ he told about a dozen reporters during a news conference Friday in Sterling.

Gingrich was the keynote speaker Friday at the Illinois Reagan Centennial Commissionâ€™s gala in Deer Grove.

After expenses, the proceeds will go toward a statue of Reagan as a boy in Tampico, across the street from where he lived. The statue is almost complete.

In his speech, Gingrich called Reagan a lion, saying lions canâ€™t afford to spend their time and energy hunting chipmunks. He said Reagan let his chief of staff manage the federal chipmunks, while he focused on his three goals â€“s defeat the Soviets, rebuild the economy and renew Americaâ€™s civic spirit.

He said Reagan would micromanage only when it pertained to his chief goals, such as his insistence on referring to the Soviet Union as the â€œevil empire.â€

Gingrich said that was what made Reagan so successful.

â€œThereâ€™s a lot of things that Reagan didnâ€™t pay attention to,â€ he said, referring to the instance in which the former president didnâ€™t recognize his own secretary of Housing and Urban Development.