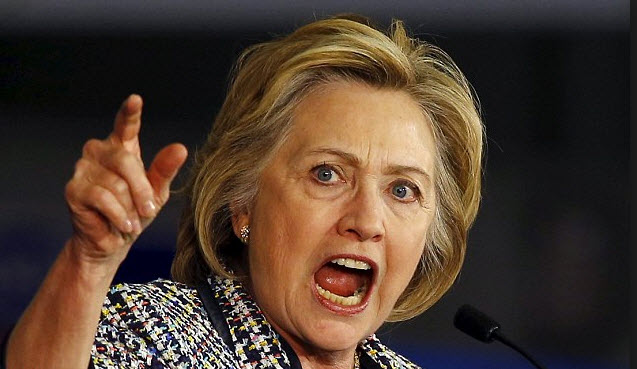 A former Secret Service agent writes in a new book that Hillary Clinton’s “Jekyll and Hyde” temper at times resulted in wild outbursts.

Gary Byrne says the likely Democratic nominee is too “erratic, uncontrollable and occasionally violent” for the presidency, according to excerpts obtained by Page Six.

“What I saw in the 1990s sickened me,” Byrne writes in the introduction of “Crisis of Character: A White House Secret Service Officer Discloses His Firsthand Experience with Hillary, Bill and How They Operate.” The book, due out June 28, already holds the top spot on Amazon’s best-seller list.
“Hillary Clinton is now poised to become the Democratic nominee for president of the United States, but she simply lacks the integrity and temperament to serve in the office,” he said.

“From the bottom of my soul I know this to be true. And with Hillary’s latest rise, I realize that her own leadership style — volcanic, impulsive, enabled by sycophants and disdainful of the rule set for everyone else — hasn’t changed a bit.”