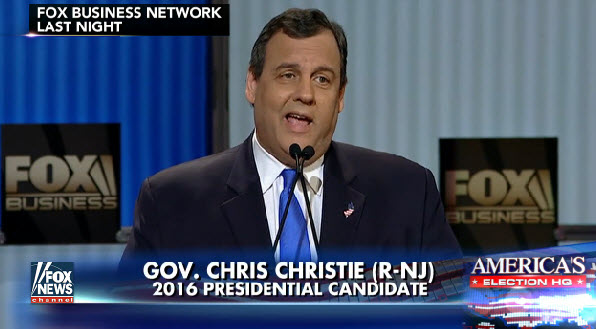 Republican presidential candidate Chris Christie launched his campaign under the motto, “telling it like it is.”

But a review of some of the New Jersey governor’s statements Thursday night during the Fox Business debate – particularly his stinging rebuttal of Marco Rubio’s attack – shows he still may be bending the truth with his straight talk.

The two candidates’ testy exchange erupted on the FBN debate stage when Rubio accused the New Jersey governor of holding liberal views, “whether it is Common Core, or gun control, or the appointment of Sonia Sotomayor or the donation he made to Planned Parenthood.”