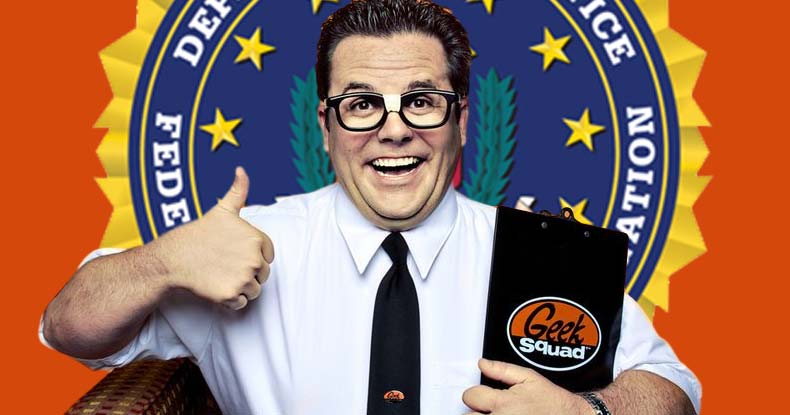 Recently unsealed records reveal a much more extensive secret relationship than previously known between the FBI and Best Buy’s Geek Squad, including evidence the agency trained company technicians on law-enforcement operational tactics, shared lists of targeted citizens and, to covertly increase surveillance of the public, encouraged searches of computers even when unrelated to a customer’s request for repairs.

One agency communication about Geek Squad supervisor Justin Meade noted, “Agent assignments have been reviewed and are appropriate for operation of this source,” that the paid informant “continues to provide valuable information on [child pornography] matters” and has “value due to his unique or potential access to FBI priority targets or intelligence responsive to FBI national and/or local collection.”

Other records show how Meade’s job gave him “excellent and frequent” access for “several years” to computers belonging to unwitting Best Buy customers, though agents considered him “underutilized” and wanted him “tasked” to search devices “on a more consistent basis.”

To enhance the Geek Squad role as a “tripwire” for the agency, another FBI record voiced the opinion that agents should “schedule regular meetings” with Meade “to ensure he is reporting.”