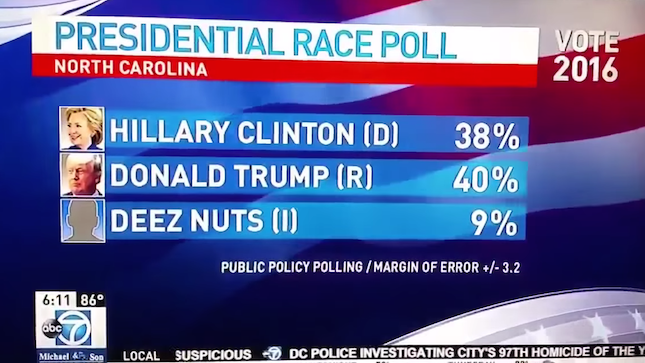 The Federal Election Commission (FEC) says it will no longer tolerate “unlawfully false or fictitious” political candidates like “Deez Nuts.”

“The Commission has authorized staff to send verification letters to filers listing fictional characters, obscene language, sexual references, celebrities (where this is no indication that the named celebrity submitted the filing), animals, or similarly implausible entities as the name or contact information of the candidate or committee,” the agency said in a statement Thursday.

The FEC said it now has an interim procedure staff to “verify information in filings from the 2016 election cycle that appear to be unlawfully false or fictitious.”

“The new procedure comes in response to an increase this election cycle in the filing registration and statement of candidacy forms (FEC Forms 1 and 2) that provide patently false candidate or treasurer names, questionable contact or bank information, or material that does not relate to campaign finance, such as drawings, essays and personal court records.”

The FEC also announced its staff will now warn potentially false filers of possible fines and related procedures for dealing with them.