Federal pension payments follow some retirees into the grave 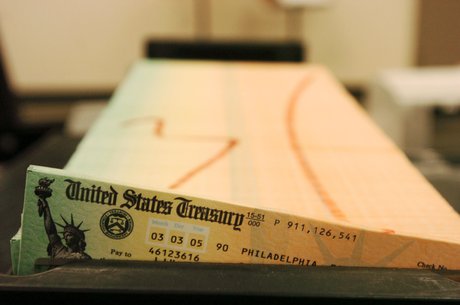 Federal retirees often enjoy generous pensions, but some manage to keep getting paid even after theyâ€™re dead and buried.

Each year, investigators uncover dozens of cases of federal retirees or their spouses continuing to collect retirement checks after death, records obtained through the Freedom of Information Act show.

Usually, relatives, friends or caretakers take the checks and cash them, hoping the government wonâ€™t notice. Many of the thieves face criminal charges once caught, but not all of them end up before a judge. And in some cases, years pass before the fraud comes to light.

But some suspects manage to avoid criminal prosecution because the statute of limitations runs out or because prosecutors simply decline to press charges.

In one recent example, the wife of a deceasedÂ U.S. Postal Serviceemployee entitled to collect retirement pay died in 1997, but the benefits continued for another nine years, resulting in more than $170,000 in overpayments. The woman, a resident of a nursing home in Texas, had a man handling her finances who had signed paperwork agreeing to â€œpromptly notify theÂ Office of Personnel Managementâ€ of her death. But that didnâ€™t happen.

Instead, the case fell through the cracks. After the investigator forÂ OPMâ€™s Inspector General left theÂ office, the case â€œhad not been investigated further since February 2009 due to a lack of resources and higher priority agency cases,â€ a May 11 memo closing the case states. The statute of limitations, which gives officials five years to bring a case after learning about a possible fraud, eventually ran out.

In another case, the U.S. Attorney for the Middle District of Florida declined to prosecute a man who collected more than $40,000 in retirement benefits paid to the spouse of a federal employee after her 2003 death, records show. The man, whose name was redacted in documents provided to The Washington Times, told an investigator he knew he was supposed to tell the government about beneficiaryâ€™s death, but he didnâ€™t bother.

â€œDue to lack of â€¦ employment, he didnâ€™t really care to make any notification because he needed the money,â€ investigators wrote in an internal memo summing up the case.