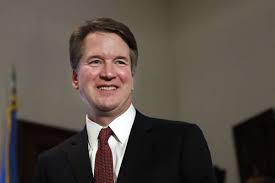 Brett Kavanaugh’s nomination to fill a crucial U.S. Supreme Court seat is headed toward a Senate confirmation vote — but how fast it gets there will be determined by whether outnumbered Democrats succeed in a tactic that could postpone a decision until after the midterm elections.

Those elections could maintain Republican control of the Senate, virtually guaranteeing confirmation of Kavanaugh and solidifying conservative control of the high court for years to come.

But if Democrats succeed in both putting off a vote on Kavanaugh and prevailing in an election in which they’re defending more Senate seats than Republicans, the nomination could be in trouble.

The Democrats’ strategy, led by California’s Sen. Dianne Feinstein, is to demand to see every document that crossed Kavanaugh’s desk while he served as President George W. Bush’s staff secretary from 2003 to 2006. Republicans are pushing back, hoping to confirm Kavanaugh, now an appeals court judge, by the time the Supreme Court’s next session starts in October.