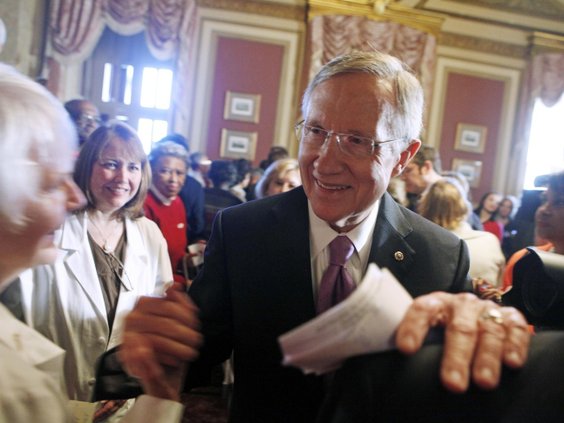 The bill passed the Senate 56-43 with five more votes than needed, but it had to go back to the House for another vote after Republicans were able to delete two provisions.

The final changes quickly passed in the House 220-207 sending the legislation to the White House.

The votes cap more than a year of work on Democrats’ effort to overhaul the nation’s $2.5 trillion health system. On Tuesday, Mr. Obama signed the underlying bill into law.

The heavy lifting behind him, the president spent Thursday in Iowa, trying to persuade a skeptical public to support the plan.

“What this is is a historic step to enshrine the principle that everybody gets health care coverage in this country, every single person,” he said near a University of Iowa hospital where, three years ago, he promised to sign health reform into law during his first term.

Republicans already have embarked on a “repeal and replace” campaign, convinced that voter discontent with the plan will win them majorities in the fall mid-term elections. But they condemned a rash of reported violence and threats against lawmakers stemming from Sunday’s vote and asked Americans to channel their anger into constructive opposition.

The repair bill includes a provision that effectively fills the Medicare “doughnut hole” of missing drug coverage, reduces the impact of a tax on high-cost insurance plans, imposes a new Medicare tax on wealthy Americans and essentially removes private banks from student-loan industry. House members only agreed to support the underlying reform bill in exchange for the package of repairs.