Flags to wave today over Big Country on Flag Day 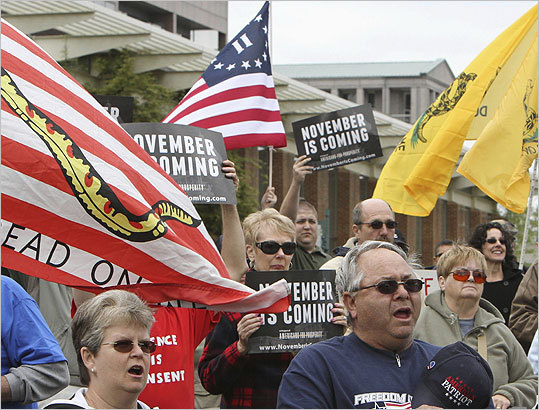 Flags will be flying across the Big Country today in honor of national Flag Day.

Although its observance today may catch some people by surprise, its importance dates back to the founding of our nation â€” from the Revolutionary War through the 233 years since the first American flag.

Flag Day is celebrated on June 14 to commemorate the adoption of the American flag, undertaken on this day by resolutions during the Second Continental Congress in 1777.

Although the 13 American colonies declared independence from Britain on July 4, 1776, the nation wasnâ€™t officially born until Sept. 17, 1787, with the adoption of the U.S. Constitution.

The design of the flag has changed from the beginning, but the sentiment and love for country is still there when Americans see their flag. Young men and women of the military fly it proudly on the desert outposts of Iraq and Afghanistan, as well as other military posts throughout the world.

Flag Day had its beginning from several sources. Many credit the beginning of Flag Day to early times when some schools had students honor the flag on certain days.

President Woodrow Wilson made it into an official day in 1916 with a proclamation, and then President Harry Truman signed a law in 1949 marking Flag Day.

This day may not be celebrated like July Fourth or Veterans Day, but it is still important to Americans, including many in the Big Country.

The Wylie Lionâ€™s Club, along with Boy Scout Troop 258, will place nearly 300 flags in Abilene today.

Don Harrison, a member of the club, said that most of the routes had been turned over to the Boy Scouts, who have been posting flags on several holidays and special days, including election days.