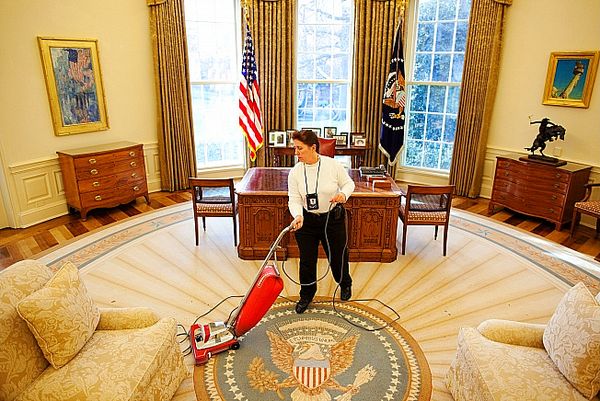 Just a few minor things to catch up on for the weekend now that the Fundraiser-in-Chief has gone on another vacation (Don’t worry though. White House chef Sam Kass went along, so the first family need not eat ordinary human food.)

— But the economy’s going great at the Democratic National Committee, which reports collecting $11.5 million from donors in July on top of the $53.8 million already taken in from various sources this year. The president just devoted three workdays across five states to rake in several more millions for his party.

— But before leaving for his ninth presidential vacation, 10 days at a….

…secluded estate on Martha’s Vineyard, Obama devoted four minutes in the White House driveway to a special statement on the latest disappointing jobs numbers. (Full text, as usual, can be read on the jump, along with a brief reaction from the Republican National Committee chairman.)

No questions allowed because the president didn’t want to explain why despite the administration’s announced Recovery Summer Program, the jobs numbers have started going backward again after 19 months of promises and $787 billion in alleged stimulation spending. Because, faced with the uncertainty of the economy and the certainty of new taxes after Nov. 2, employers are holding back on hiring.