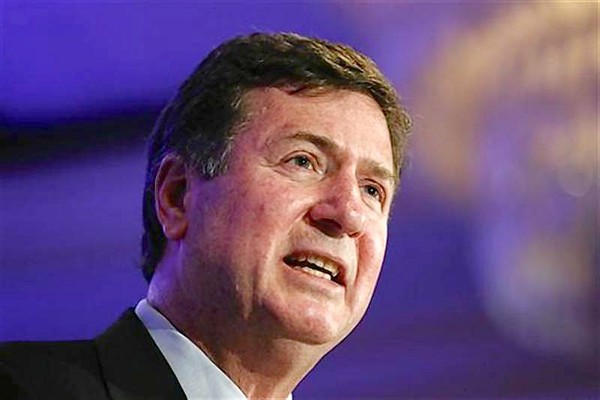 David Bailey,Reuters
(Reuters) – Virginia RepublicanÂ George AllenÂ easily won his primary race on Tuesday in the first step of his bid to reclaim the U.S. Senate seat he narrowly lost in 2006, as voters in four states set the stage for hotly contested battles that could shift control of the Senate.Allen, also a former Virginia governor, lost by barely 9,000 votes in 2006 to DemocratÂ Jim Webb, who is retiring at the end of his term next year. In the November 6 elections, Allen will face another ex-governor,Â Tim Kaine, who was unopposed for the Democratic nomination.

RepublicansÂ need a net gain of four seats in November to take control of the U.S. Senate.

Besides Virginia, voters in Maine, North Dakota and Nevada were picking Senate candidates in contested primaries on Tuesday.

Allen, once a rising star on the national political stage who stumbled in his 2006 re-election bid on the issue of race, took 65 percent of the vote. Jamie Radtke, the strongest of his three rivals, trailed with just over 23 percent.

Virginia is considered a tossup in the 2012 presidential election, ensuring the Allen-Kaine campaign will carry added significance.

In Maine, voters were picking candidates for the open U.S. Senate seat being vacated by RepublicanÂ Olympia Snowe, who is retiring.