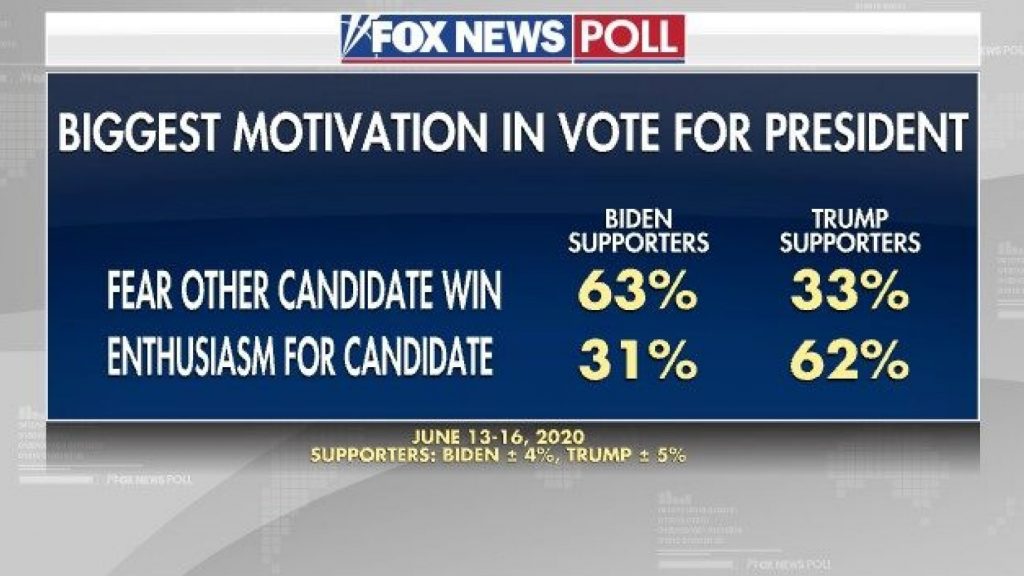 Democratic presidential candidate Joe Biden continues to lead President Donald Trump in the race for the White House, as majorities say racism, unemployment, and coronavirus pose a major threat to the stability of the country, according to the latest Fox News Poll.

Biden supporters are far more likely to say fear that Trump might win is behind their vote choice (63 percent) than to say it is enthusiasm for Biden (31 percent). The opposite is true among those backing Trump, as almost twice as many of his supporters say enthusiasm is the motivation (62 percent) rather than fear Biden could win (33 percent).

Fear is a big factor when it comes to turnout, and that could help Biden. In 2016, more of those backing Trump (61 percent) than Hillary Clinton (54 percent) said fear motivated them.

“Negative emotions like fear, anxiety, and anger, can be powerful motivators for political participation,” says Daron Shaw, who conducts the Fox News Poll with Democrat Chris Anderson. “The lack of enthusiasm for Biden, however, does create an opening for Trump to define him as out of touch and not up to the task.”