From “Deplorables” to “Scumbags”… (VIDEO) 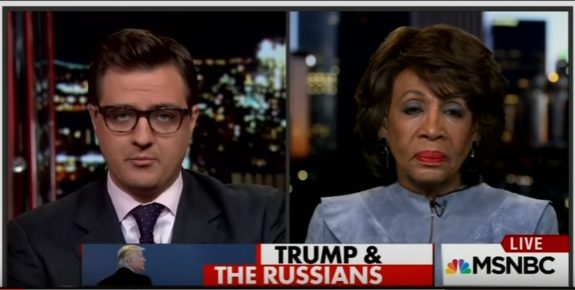 Far left Rep. Maxine Waters (D-CA) has taken on the role of spokesperson for the Democrat Party since the November election.

During an appearance on MSNBC’s All in with Chris Hayes, Democrat Maxine Waters read off a list of people connected to the Trump team who also have connections to Russia and the oil and gas industry.

Waters then went on to call the Trump administration a “bunch of scumbags.”

Maxine Waters: I just think the American people need to know what is going on. This is a bunch of scumbags. That’s what they are. They’re all organized around making money.