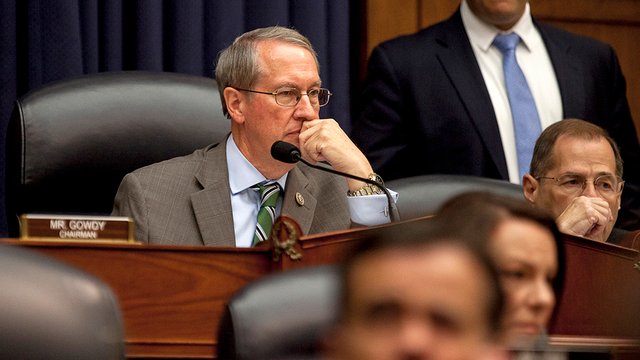 Lawyers for Glenn Simpson, co-founder of Fusion GPS, told the head of the House Judiciary Committee on Thursday that his client will “invoke his constitutional rights not to testify,” defying a GOP-issued subpoena seeking to compel him to give a closed-door deposition.

The lawyers told Judiciary Committee Chairman Bob Goodlatte (R-Va.) in an electronic letter that Simpson will not participate in the committee’s inquiry because it “is not designed to discover the truth.”

“Consistent with the September 27, 2018 letter we sent to you, Mr. Simpson, whose testimony is a matter of public record, will not be participating in a confidential deposition before this Committee,” lawyers for Simpson wrote, according to a copy of the letter obtained by The Hill. “He will instead invoke his constitutional rights not to testify under the First and Fifth Amendments of the Constitution.”

The lawyers, who declined the committee’s initial request for an interview late last month, blasted the joint investigation being led by Judiciary and the House Oversight and Government Reform committees as a partisan-driven probe aimed at undermining the ongoing investigation into Russian interference in the 2016 presidential campaign.