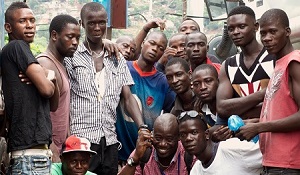 The Baltimore Police Department said earlier in the day they received a credible threat that numerous gangs have entered into a partnership to “take-out” law enforcement officers.

According to the department, they have received credible information that various gangs including the Black Guerilla Family, Bloods and Crips have entered into the partnership.

“Law enforcement agencies should take appropriate precautions to ensure the safety of their officers,” the department says in a press release.

This threat comes after 25-year-old Freddie Gray was arrested for possessing a switch blade knife April 12 in Baltimore. According to his attorney, Gray died a week later in the hospital from a severe spinal cord injury he received while in police custody.