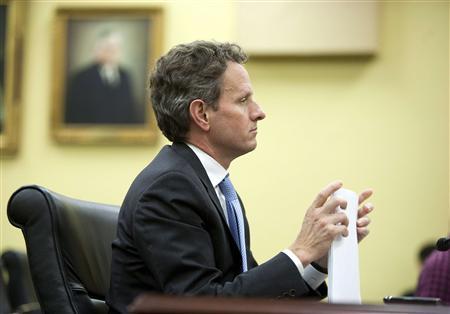 (Reuters) – Treasury Secretary Timothy Geithner said on Wednesday that there was no alternative except for Congress to raise the debt ceiling so that the government can keep borrowing.

“Congress has to do it. There’s no alternative,” he said in response to questions at a House of Representatives appropriations subcommittee.

He repeated a warning that it would be have “catastrophic” consequences for the economy if the debt ceiling was not raised and the country defaulted on its debt obligations.