Gingrich knocked by right on healthcare 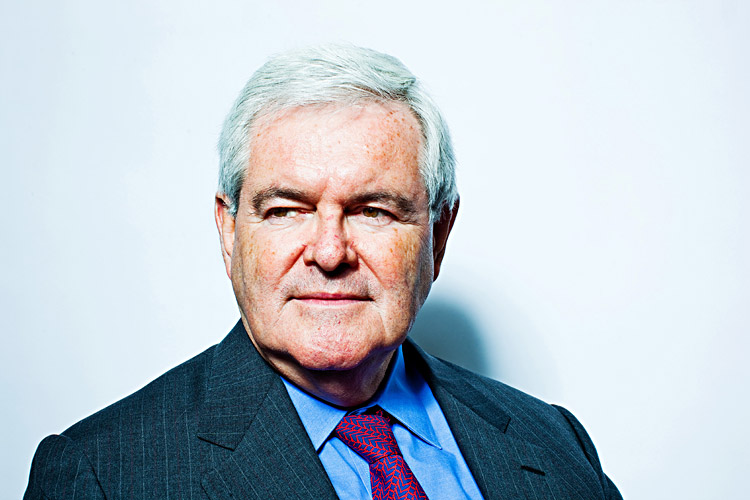 By Michael O’Brien -The Hill

Former House Speaker Newt Gingrich (R-Ga.) on Monday sought to walk back his controversial remarks on healthcare after coming under friendly fire from the right.

Gingrich, whoâ€™s acknowledged that his discipline and judgment would be a key metric of success in his bid for the Republican presidential nomination, had come under intense criticism from conservatives stunned by his comments on NBCâ€™s â€œMeet the Press.â€

â€œI am completely opposed to the ObamaCare mandate on individuals,â€ Gingrich said in a video posted to his website on Monday. â€œI am for the repeal of ObamaCare and I am against any effort to impose a federal mandate on anyone, because it is fundamentally wrong and, I believe, unconstitutional.â€

The Web video was posted less than 24 hours after Gingrich, one week into his formal White House bid, criticized Medicare reforms included in the House Republican budget and offered support for the concept of an individual mandate to buy health insurance.

Gingrich expressed support for people â€œbeing required to have health insurance,â€ and told â€œMeet the Pressâ€ host David Gregory, â€œI believe all of us have a responsibility to help pay for healthcare.â€

Later on Monday, the former Speaker again tried to clarify his comments, sayingÂ he viewed the federal mandate as unconstitutional but reiterating his belief that “individuals should be responsible to pay for the care that they receive.”

“Under the 10th Amendment, states should be free to design a system that works best to achieve that goal,” Gingrich added in an endorsement of a position similar to the one advocated last week by former Massachusetts Gov. Mitt Romney, who faces his own set of challenges in the GOP presidential primary because of the healthcare law he supported in his state.

Gingrich described Medicare reforms in the House GOP budget as â€œright-wing social engineeringâ€ and radical change. Democrats have been hitting the GOP hard on the proposed Medicare reforms, and the former Speakerâ€™s criticism seemed to play into their hands.

Ryanâ€™s proposal would transform Medicare into a voucher-based system for Americans under the age of 55.

Former Sen. Rick Santorum (Pa.), one of Gingrichâ€™s foes for the Republican nomination, pounced on both sets of comments.

â€œFor several years, Newt Gingrich has deserved a lot of credit for thinking through a great many issues in a serious and interesting fashion,â€ Santorum said in a statement. â€œBut his criticism of Congressman Paul Ryan’s Medicare reform plan yesterday was a big departure from Speaker Gingrichâ€™s often sound policy proposals.â€

The conservative group Club for Growth seized on Gingrichâ€™s comments to say that they exemplified why Gingrich, as president, would â€œsometimes be a major disappointment to fiscal conservatives.â€

Gingrich on Monday acknowledged that he â€œmay have been too dramaticâ€ in describing Ryan’s plan as social engineering, but renewed his warnings to Republicans to tread lightly on Medicare, which polls suggest voters do not want to change.

â€œWe just went through two years of Obama trying to ram something down our throat that people didn’t want,â€ Gingrich said on conservative punditÂ Michael Gallagher’s radio show. â€œMy message to conservatives is: Be very careful, and don’t get in the habit of trying to ram things down people’s throats.â€

Gingrich accused the media of using â€œgotchaâ€ tactics to take his words â€œdramatically out of context.â€

â€œI don’t have a fight with Paul Ryan; we would approach Medicare differently,â€ he said. â€œI don’t think that’s a fight â€” that’s part of the legislative process.â€

Gingrich had previously offered support for the Ryan budget. In an interview earlier this month withÂ Time magazine,Â he said he would have voted for the Ryan plan, which he called a â€œfirst stepâ€ toward addressing the deficit.