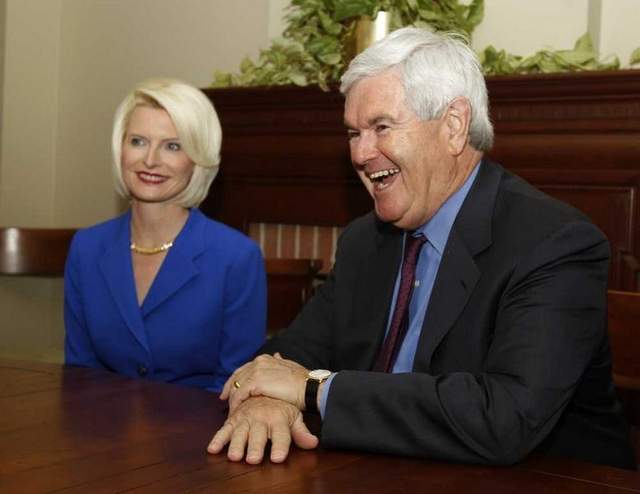 â€œI want your help, because no one person in the Oval Office can get this done,â€ Gingrich said in a YouTube video after announcing his candidacy on Twitter. â€œWe Americans are going to have to talk together, work together, find solutions together and insist on opposingâ€¦ those forces that donâ€™t want to change.â€

Gingrich had already said two days earlier that theÂ announcement was coming, and coupled with anÂ awkwardly aborted campaign roll-out two months ago, it made for a slow march toward a full-fledged campaign. Even after his Twitter post, Gingrichâ€™s new campaign website had only a placeholder for quotes from his video message.

But the anti-climactic start nonetheless kicked off his most earnest effort at returning to national political power since resigning as House Speaker more than a decade ago. And in a GOP primary field that has left party activists wanting â€” and bereft of a dominant front-runner â€” Gingrich adds a truly national figure to the race, one well known to voters across the country.

â€œThereâ€™s a much better American future ahead with more jobs, more prosperity, a better health system, longer lives, a greater independent living and a country that is decentralized under the 10th Amendment with power once again back with the American people and away from Washington bureaucracy,â€ he said.

He enters the race with the strength of near-universal name recognition against many lesser-known rivals. But Gingrich also confronts a past of affairs and two divorces that will be difficult to sell to social conservatives. His early poll numbers, usually topping out at low double-digits nationally, reflect a GOP base wary of returning him to power.

Often seen as the GOPâ€™s â€œideas man,â€ Gingrich is widely admired, even by Republican detractors, for his intellectual heft and policy bona fides, if not his message discipline (he got some flak from establishment Republicans last year for saying that President Barack Obama has â€œKenyan, anti-colonialâ€ mindset).

â€œHeâ€™s a great articulator of ideas. I celebrate him for that,â€ Georgia Republican state Rep. Earl Ehrhart said, just seconds before bristling at Gingrichâ€™s assumption that heâ€™ll enjoy a built-in Georgia advantage after living in northern Virginia for more than a decade.

â€œNewt is all about Newt Gingrich,â€ Ehrhart said. â€œYou canâ€™t function in a political realm just on the strength of your ideas. You have to develop coalitions with others, and itâ€™s not one of Newtâ€™s strengths.â€