Gingrich presses ahead amid reports of suspending campaign, huge debt 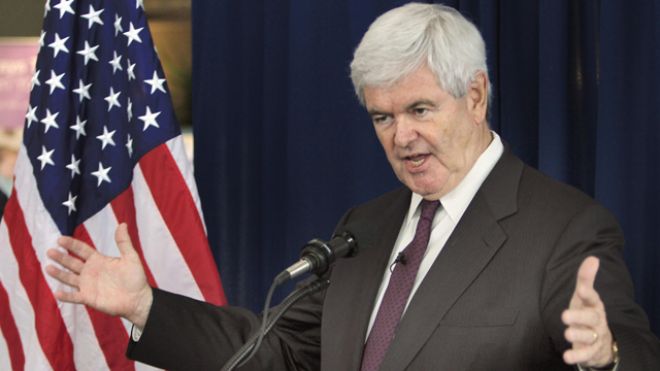 GOP presidential candidate Newt Gingrich said Saturday he will move forward with stops next week in North Carolina, following reports that events had been cancelled as a result of communication problems.

Wayne King, vice chairman of the North Carolina Republican Party, said he got a call from Gingrich who personally told him campaign events are on for next week and that a schedule is forthcoming.

Reports that Gingrich — whose campaign is deep in debt and trailing far behind Republican frontrunner Mitt Romney — surfaced late Friday night when a source told Fox News the candidateâ€™s scheduled campaign stops in North Carolina and elsewhere were “on hold.”

The reports were confirmed by King.

However, Gingrich campaign spokesman R.C. Hammond said later that a “communication glitch” had led to the confusion.

“There was confusion, but we will maintain our North Carolina schedule next week,” he told ABC News.

The state primary in May 8.

On Friday, a report to the Federal Election Commission for March showed the Gingrich campaign had $4.3 million in debt and has $1.22 million cash on hand. The campaign raised $1.6 million in March but spent $2.01 million, according to the report.

Public finance records showed that Gingrich began the month of March with $1.55 million in debt and only $1.54 million in cash reserves.

The debt has skyrocketed since an internal audit started being carried out in March, Fox News reported.