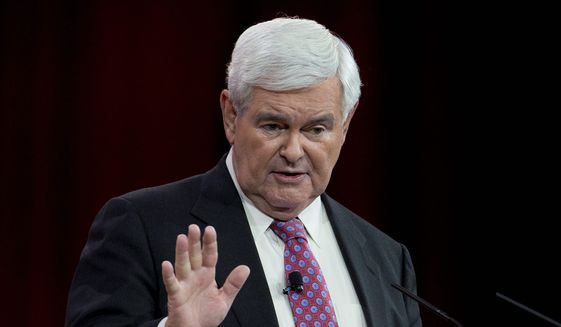 Mr. Gingrich, who took 194 votes, for 20 percent of the 985 votes cast, was followed by Sen. Tom Cotton, Arkansas Republican, who spoke Saturday at the three-day conference and took 148 votes, or 15 percent.

The seventh annual summit usually holds a presidential straw poll but switched this year after businessman Donald Trump effectively cinched the nomination in May. He has not yet announced his choice for vice president.