GOP calls for IRS Commissioner Koskinen to be fired 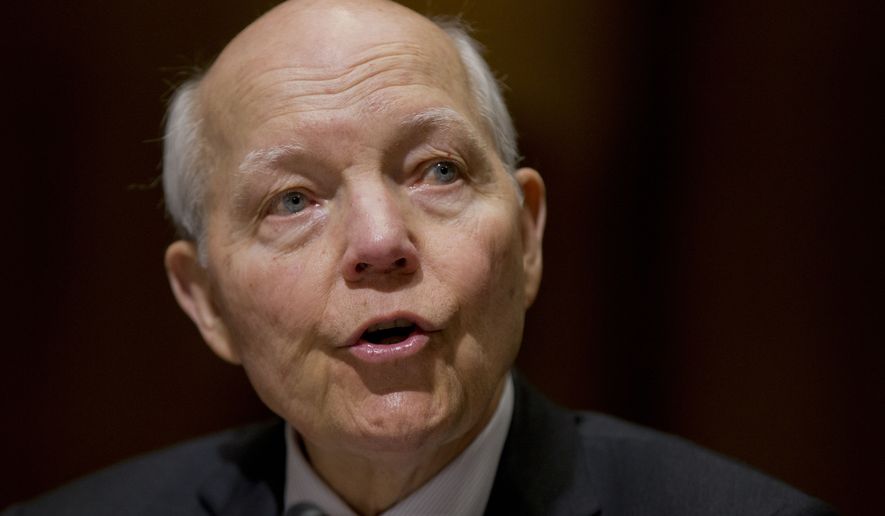 “Trust in the IRS is hitting rock-bottom,” the Republicans, led by Rep. Kevin Brady, chairman of the House Ways and Means Committee, said in a letter calling on Mr. Trump to take action.

The 15 committee Republicans said not only did the IRS destroy evidence from key figure Lois G. Lerner’s computer in the tea party targeting probe, but the agency also “intentionally” made the tax experience painful for customers in order to make a political point to the GOP.

The Republicans said Mr. Koskinen, who was installed as commissioner in 2013 and charged with cleaning up the agency, has shown he can’t do it.