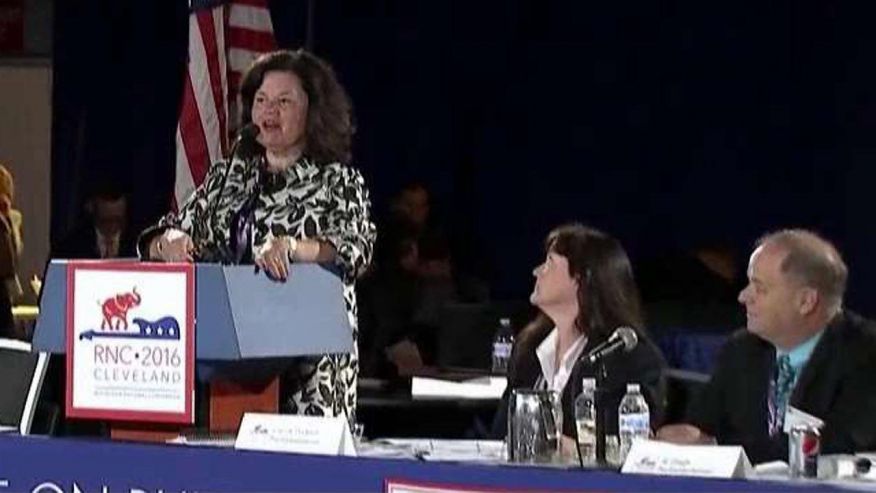 A committee at the Republican National Convention defeated the effort by anti-Donald Trump conservatives to derail the presumptive GOP nominee’s drive to secure the party’s nomination, voting late Thursday to rebuff their plans to let delegates vote for any candidate they’d like.

Party officials used a voice vote to reject a proposal by Colorado delegate Kendal Unruh to let delegates “cast a vote of conscience” and abandon the candidate they had been committed too through the state primaries or caucuses.

The amendment became a focal point of furious lobbying that’s pitted the so-called Never Trump movement against Trump’s campaign and top leaders of the Republican Party. On a 112-member rules panel dominated by party and Trump loyalists, the outcome was expected.

Unruh expected to collect signatures from 28 members to bring a vote to unbind the delegates on the convention floor in Cleveland next week. However, she was only able to collect 21.

She encountered overwhelming opposition from delegates arguing that it would be unthinkable for the party to abandon Trump after he overwhelmingly won GOP primaries and caucuses and garnered more than 13 million votes.