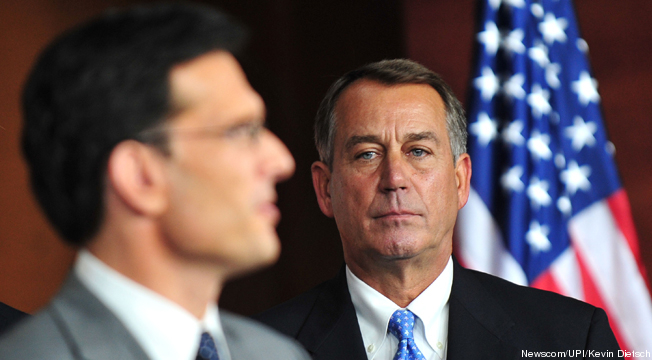 House Republicans on Monday made a fresh deficit-reduction proposal to the White House that calls for $800 billion in increased tax revenue, half of what PresidentBarack ObamaÂ has proposed.

The GOP offer was immediately rejected by the White House, but it provides the most detailed statement to date of what Republicans are willing to concede for now. It comes days after the White House put forward its opening bid in the high-stakes deficit talks. With both sides now having made preliminary offers, the parameters for future negotiations between Republicans and the White House are becoming clearer.

Monday’s proposal would make $600 billion in cuts in Medicare and other health programs over 10 years, compared with the $350 billion the president proposed. It would also slow the growth of Social Security benefits, a move most Democrats oppose. The tax-revenue figure is one Republicans say could be achieved without increasing income-tax rates, one of their core objectives.

“What we are putting forth is a credible plan that deserves serious consideration by the White House,” said House SpeakerÂ John BoehnerÂ (R., Ohio), in a briefing for reporters.

The proposal was made in a letter sent to the White House and signed by Mr. Boehner and other GOP leaders, notably including House Budget Committee ChairmanÂ Paul RyanÂ (R., Wis.), who has been an opponent of any tax increase both in Congress and as Mitt Romney’s vice-presidential running mate. His support will be vital to any final deal.

The offer’s outlines are similar to a budget deal that was emerging in private talks between Mr. Obama and Mr. Boehner in mid-2011, when Mr. Boehner agreed to $800 billion in new revenues but Mr. Obama sought more. Those talks collapsed with each side blaming the other for the breakdown.

The immediate Democratic reaction was dismissive. White House communications director Dan Pfeiffer said the plan “includes nothing new and provides no details on which deductions they would eliminate, which loopholes they will close or which Medicare savings they would achieve.”

He stuck with the president’s insistence that the GOP agree to raising tax rates on upper-income Americans.

Administration officials were surprised by the GOP offer. They played down its potential to advance talks, saying Mr. Obama continues to wait for Republican leaders to soften on higher tax rates. 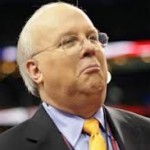 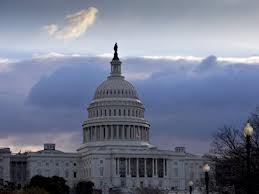