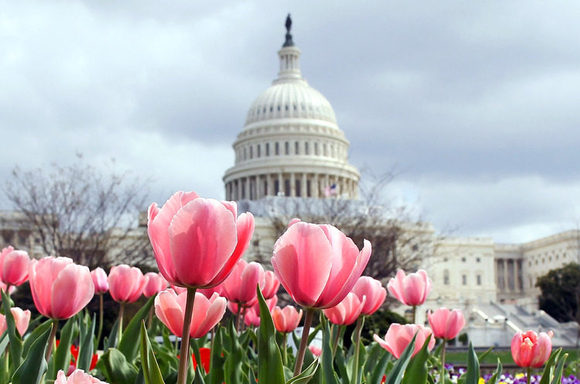 By Lisa Mascaro, The Los Angeles Times
Reporting from Washingtonâ€”The HouseÂ GOPâ€™s campaign arm believes theÂ Democratsâ€™ â€œdrive for 25â€ seats to retake the House majority is more like a long haul for at least 30 seats, thanks primarily to retirements of conservative Blue Dog Democrats from districts that strongly lean Republican.

Noting that the party in power in theÂ White HouseÂ has not netted more than a 15-seat gain in the House since Lyndon B. Johnson was president, GOP leaders said Monday the Democratic effort would be an uphill climb.

â€œThey would have to break a whole lot of historical precedent to get to 25 — and itâ€™s not really 25 any more theyâ€™re shooting for,â€ said Rep.Â Steve ScaliseÂ (R-La.), who heads recruitment efforts for the National Republican Congressional Committee, at a briefing at GOP headquarters.

With Democrats now controlling 193 seats, they need to net 25 seats this fall to retake the House majority. Republicans said four retirements in GOP strongholds in Arkansas, North Carolina and Oklahoma have left Democrats without strong replacement candidates, all but â€œabandoningâ€ those seats to the Republicans. Redistricting nets the GOP at least one other seat, the Republicans said.

That said, Republicans face their own problems defending incumbents in GOP-held seats that could tilt the math in the Democratsâ€™ favor.

Democrats are gearing up to strike vulnerable Republicans over the GOP-led Houseâ€™s budget, due out Tuesday, that is expected to slash federal spending and dramatically change Medicare for seniors. Democrats point to polling that shows the GOPâ€™s popularity with voters dropped after last yearâ€™s budget debate over similar issues.

Republicans are also struggling to retain the womenâ€™s vote after the GOPâ€™s efforts to change the nationâ€™s new healthcare law, which will require insurance companies to provide contraceptive coverage as part of its free preventive care services.