GOP seeks to chip away at Dem unity with shutdown votes 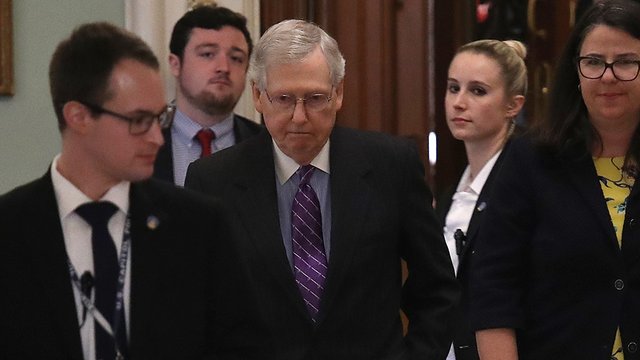 All eyes will be on the Senate on Thursday as Republicans seek to chip away at Democratic unity in the high-stakes shutdown over the longest government shutdown in U.S. history.

The Senate is poised to hold dueling votes over competing plans to end the 34-day partial government shutdown.

It will vote first on President Trump’s weekend proposal that includes money for his wall on the Mexican border and other immigration provisions. The Senate will then vote on a simpler measure that would reopen the government for more than two weeks.

GOP senators acknowledge that neither proposal will garner the 60 votes needed to advance, underscoring that the shutdown is not ending this week.