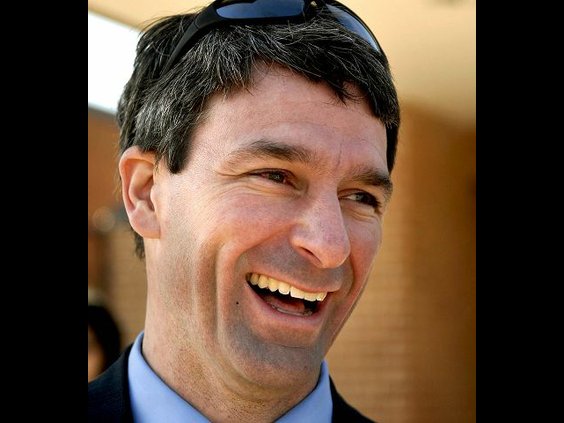 Unsuccessful in the legislative arena, opponents of the sprawling healthcare bill passed by the House pledged Monday to open a second front, saying they would challenge the constitutionality of the measure in court.

Republican Attorneys General of 12 states, including Virginia, Florida, Texas, Pennsylvania, and others vowed to file lawsuits once the bill is signed into law by President Obama on Tuesday morning.

They will argue, among other things, that the requirement in the bill that all Americans purchase health insurance violates the Constitution because it forces individuals to contract with private companies.

“With this law, the federal government will force citizens to buy health insurance, claiming it has the authority to do so because of its power to regulate interstate commerce,” said Virginia Attorney General Ken Cuccinelli Monday. “We contend that if a person decides not to buy health insurance, that person â€“ by definition â€“ is not engaging in commerce, and therefore, is not subject to a federal mandate.”

Many legal experts are skeptical of such a challenge, saying that the Supreme Court has defined the scope of Congress’ power to regulate interstate commerce very broadly. But at the very least, the court challenges are likely to expose the healthcare legislation to a high degree of judicial scrutiny, with the potential persisting that a court somewhere could determine some aspect of it illegal.

The White House Monday said it didn’t expect the lawsuits to succeed.

“My sense is that a lot of big pieces of legislation are challenged in some ways,” said White House spokesman Robert Gibbs. “I think that for many decades, the Supreme Court has recognized Congress’s authority under the Commerce Clause to regulate activities relating to interstate commerce.”

Virginia is in a singular position among the states that will challenge the law, because its state legislature earlier this year passed a law that said its citizens are not bound by the so-called individual mandate.

Cuccinelli said that his state’s law sets up a conflict with federal laws that courts will have to resolve.

Florida’s Attorney General, Bill McCollum, will hold a press conference Tuesday to announce a separate lawsuit, one that will be joined nine other states. The healthcare bill “infringes on each state’s sovereignty,” said McCollum.

Health insurers have argued that the individual mandate is necessary to ensure that young, healthy people who consume less in terms of healthcare services contribute to the financing of healthcare and balance out older consumers who need more care.

There is some question as to whether courts could hear the challenges now, because under the legislation, the requirement to purchase insurance doesn’t become effective until 2014. Courts typically require plaintiffs to show some sort of current injury for which redress is sought.

Randy Barnett, a law professor at Georgetown University, said the lawsuits have a chance. “Never before in this country has the government mandated that a private citizen do business with a private company,” Barnett said. “It lacks precedent.”

He said courts could also be swayed by the unpopularity of the bill with a large portion of the American public.

States often require those who buy cars or homes to purchase insurance. But opponents of the federal healthcare bill argue that those who those purchases do so willingly, while the health insurance requirement affects all Americans regardless of choice.

But Mark Tushnet, a constitutional law expert at Harvard University, said that the central premise relied upon by the bill’s opponentsâ€”that Americans who choose not to have insurance aren’t involving themselves in the nation’s commerceâ€”is incorrect.

“The failure to have health insurance doesn’t mean the person won’t be consuming health services,” Tushnet said. Once they receive care, he said, they have become involved in commerce and are subject to the federal government’s regulation.

He also said that the constitution gives Congress broad power to tax Americans and the individual mandate could be viewed as a tax. “It serves the general welfare,” he said.