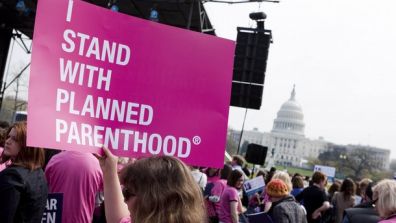 Speaker Paul Ryan (R-Wis.) said Thursday that defunding Planned Parenthood will be included as part of a bill to repeal ObamaCare.

Ryan said cutting off federal funds to the organization will be included in a “reconciliation” bill that also repeals the core of ObamaCare. The reconciliation process prevents Democrats from launching a filibuster against the measure, meaning Republicans won’t need 60 votes to win on defunding.

“Planned Parenthood legislation will be in our reconciliation bill,” Ryan said, without providing any more details.

The reconciliation bill that Republicans passed as a test run last year cut off funding for Planned Parenthood for one year.
Defunding Planned Parenthood is a major priority for anti-abortion groups. Including it in the repeal bill could cause a problem for some centrists like Sen. Susan Collins (R-Maine), though.