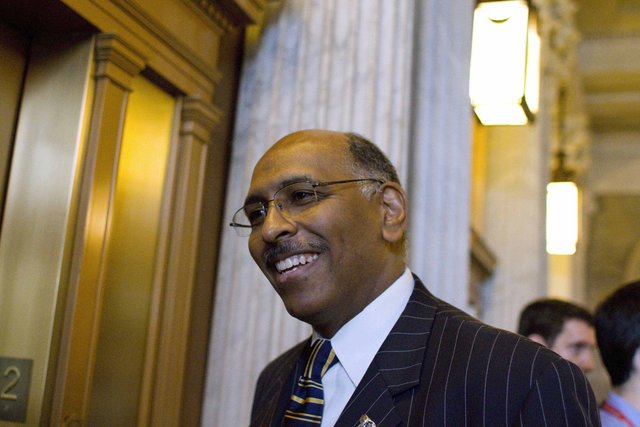 By Will Lester ASSOCIATED PRESS

The GOP national chairman, Michael Steele, used his party’s weekly radio and Internet address to keep the political heat on the Democratic White House by urging appointment of a special investigator or independent counsel “who can sort out the facts.”

The White House has acknowledged discussing possible jobs with senatorial candidates Joe Sestak in Pennsylvania and Andrew Romanoff in Colorado â€” both of whom declined to step aside from challenging White-House backed incumbents. White House defenders have argued that it’s sometimes necessary to avoid messy primary fights.

Attorney General Eric Holder rejected requests from Republicans on the Senate Judiciary Committee and from California Rep. Darrell Issa, the top Republican on the House oversight committee, into the first case that came into the news: Rep. Sestak’s claim that he was offered an administration job if he would drop his primary challenge against Democratic Sen. Arlen Specter.

The White House has acknowledged it turned to former President Bill Clinton to urge Sestak to stay in the House and accept an unpaid presidential advisory post rather than challenge Specter, a Republican-turned-Democrat. Sestak declined, and went on to beat Specter in the May 18 primary.

And this week, the White House disclosed that it had contacted Andrew Romanoff, a former Colorado House speaker, about possible administration jobs in hopes that he would not challenge Sen. Michael Bennet in the Aug. 10 Senate primary. Both the White House and Romanoff said there was no job offer, and Romanoff remains in the race.

“From day one of this current flap involving Congressman Joe Sestak and now Andrew Romanoff, the White House efforts to deny, obfuscate, and mislead have only served to raise suspicions even further,” Steele said.