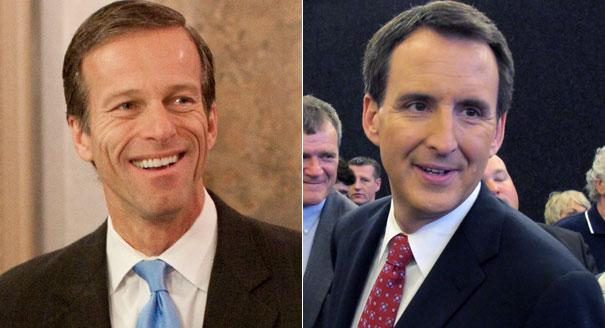 Former Minnesota governor Tim Pawlenty
on Monday kicked off the race for the
Republican presidential nomination by
becoming the first major candidate to
announce the formation of an exploratory
committee.
Pawlenty initially posted a video
announcement exclusively on hisÂ Facebook
page. He said he is exploring a bid because
he wants to “grow jobs, limit government
spending and tackle entitlements.”

“We need to encourage the dreamers and
innovators, the small-business owners, the
hard workers, the brave men and women
throughout this country’s history that have
asked for nothing more than the freedom to
work hard and get ahead without
government getting in the way,” he said.

Pawlenty, 50, served two terms as
Minnesota’s governor and was on the short
list of possible running mates for 2008 GOP
presidential nomineeÂ John McCain.

“Join the team and together we’ll restore
America,” he said, as the video faded to a
screen with: “Pawlenty 2012.”

Having filed paperwork with the Federal
Election Commission that legally classifies
him as a candidate, Pawlenty now can hire

staff and raise money for a presidential bid.

News from On Politics

Dems concerned about health careRead all On Politics posts

House speakerÂ Newt Gingrich‘s. This month,
Gingrich stopped short of announcing an
exploratory committee of his own and
instead launched a website to “test the
waters” and gauge voter support for a 2012
presidential run.To read more, visit:Â http://www.usatoday.com/news/politics/2011-03-22-pawlenty22_ST_N.htm?csp=34news#