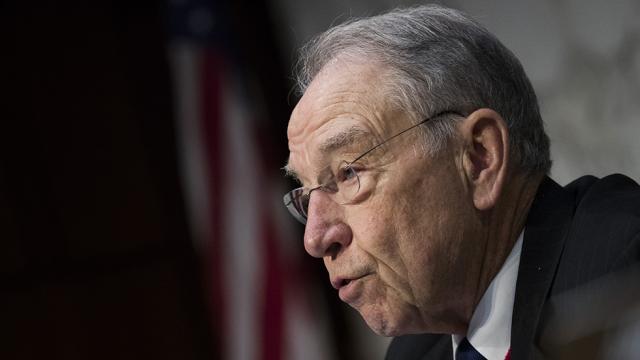 The battle between Senate Democrats and Senate Judiciary Committee Chairman Chuck Grassley (R-Iowa) over the “blue-slip rule” escalated this week, after another one of President Trump’s judicial nominees advanced without the approval of both of their home-state senators

The blue-slip rule — which Democrats describe as a long-running Senate tradition Grassley has taken to ignore — has become a flashpoint for members on the Judiciary Committee. The committee has been tasked with considering the slew of nominees from the Trump administration, many of which have been controversial.

Home-state senators have historically been able to block nominees by refusing to return a blue paper of approval to the committee. It’s a courtesy, rather than a formal Senate rule, and whether it’s followed is entirely up to whoever helms the Judiciary Committee — in this case, Grassley.