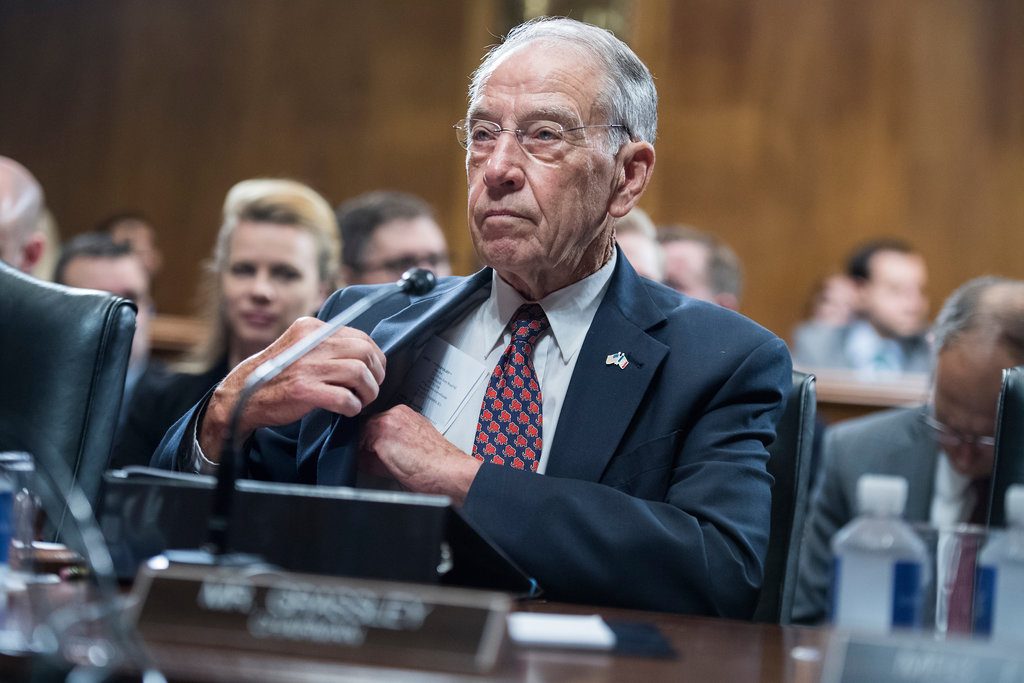 Senate Judiciary Committee Chairman Charles E. Grassley on Thursday leaned on his track record of processing judicial nominations to get a floor vote on a bipartisan bill he spearheaded to overhaul the nation’s criminal justice system.

In an unusual personal plea, the 85-year-old Iowa Republican said he wanted “reciprocity” from Majority Leader Mitch McConnell for “what I’ve done in our unified effort on judges” during President Donald Trump’s administration.

Grassley has brushed aside or relaxed long-standing committee customs to get nominees to the floor quickly for final confirmation votes during President Donald Trump’s first two years in the White House, and McConnell made those a priority for floor time.

The dozen Trump appointments to the influential appeals courts — which have the final say in the vast majority of cases — was a record number for a president’s first year in office. Republicans now have confirmed 29 appeals court judges plus Supreme Court Justices Neil M. Gorsuch and Brett M. Kavanaugh during the Trump administration.