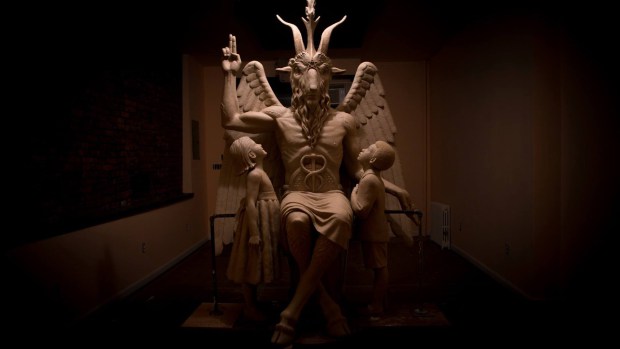 DETROIT – A group is planning to unveil an 8-foot-tall bronze statue featuring a goat-headed Satan in Detroit during a gathering that’s being billed as the “largest public satanic ceremony in history.”

The Satanic Temple has said Saturday’s private event will be open only to people with tickets, $25 each. Invitations to “The Unveiling” summoned guests to prepare for “a night of chaos, noise, and debauchery… Come dance with the Devil and experience history in the making.” The event location is not being announced publicly and is known only to those with tickets.

The group said the bronze Baphomet monument, which weighs about one ton and has never been seen before in public, “is not only an unparalleled artistic triumph, but stands as a testament to plurality and the power of collective action.” The statue, which backed by an inverted pentagram and flanked by statues of two young children gazing up at the creature, shows Satan with horns, hooves, wings and a beard.