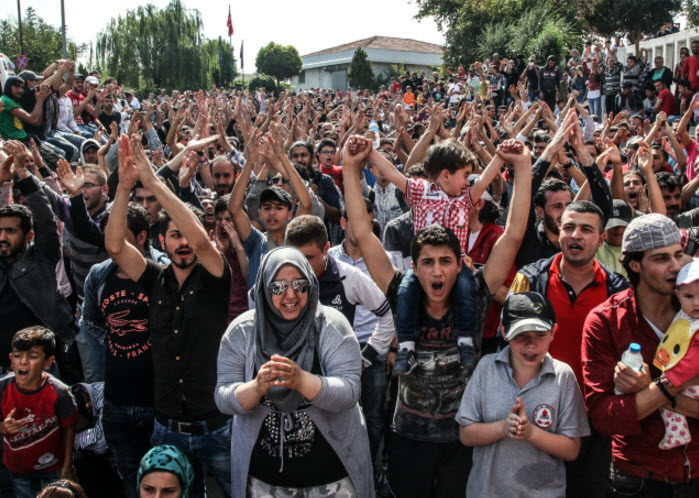 TEL AVIV – Hacked documents from George Soros’s Open Society Institute state that the billionaire and his foundation helped to successfully press the Obama administration into increasing to 100,000 the total number of refugees taken in by the U.S. annually, Breitbart Jerusalem has found.

The documents reveal that the billionaire personally sent President Obama a letter on the issue of accepting refugees.

The hacked memo also shows that the billionaire’s foundation pressed the U.S. government to enact two other major policy objectives regarding the intake of Syrian refugees. A timeline demonstrates that at last one of those policies – providing more financing to overseas refugee efforts – was indeed implemented by the Obama administration, while it isn’t clear whether the administration was reacting directly to the Soros group’s campaign in that case.

The information was contained in a detailed 69-page Open Society report on the agenda of an Open Society U.S. Programs board meeting held in New York from October 1 to October 2, 2015.

Regarding the increase in the total number of refugees accepted annually by the U.S., the board meeting memo states that, before the meeting, Soros himself, as well as the Open Society Foundation and a coalition of groups supported by Soros, had already helped to successfully lobby the Obama administration to take in 100,000 refugees starting in 2017 as opposed to the earlier quota of 70,000.