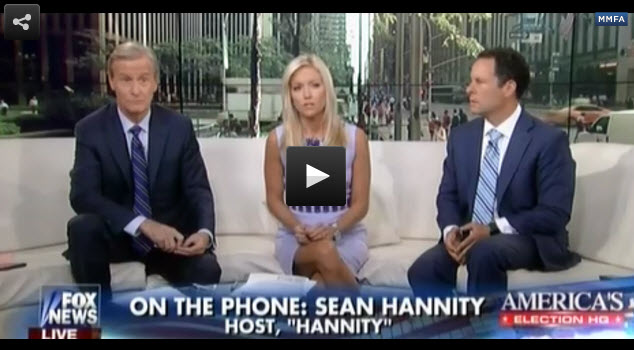 Fox News host Sean Hannity on Tuesday slammed CNN for its coverage of the presidential race, accusing the network of being biased toward Democratic presidential nominee Hillary Clinton.

“I literally watched this show on CNN over the weekend, and you got this little pipsqueak named Brian Stelter, and he allowed this arrogant professor from the Kennedy School of Journalism to talk about Trump being a demagogue and demagogues like Trump become dictators,” Hannity told “Fox & Friends.”

“That’s the type of coverage that CNN offers in this presidential race as they literally kiss Hillary Clinton’s ass and Obama’s ass every day.”