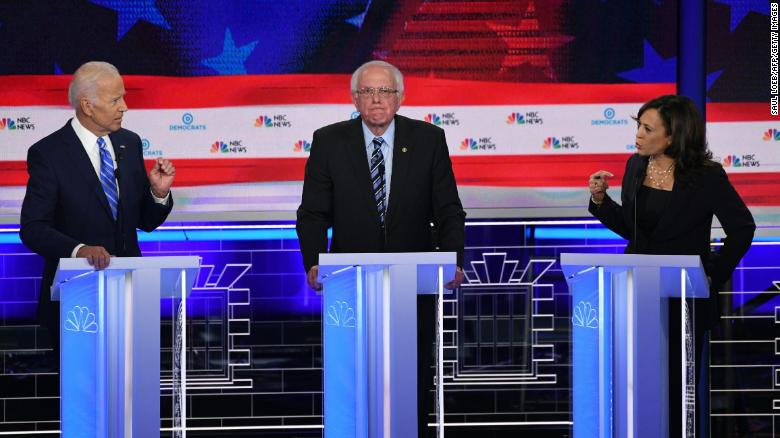 Harris soared to 20 percent in the Quinnipiac University survey, while Biden fell to 22 percent among Democrats and Democratic-leaning voters.That’s a significant change from a Quinnipiac poll released last month that showed Biden leading the pack with 30 percent and Harris lingering in a distant fourth place with 7 percent support.

The Quinnipiac survey is the latest in recent days to show Harris riding a wave of new support following her standout performance in Thursday’s debate.