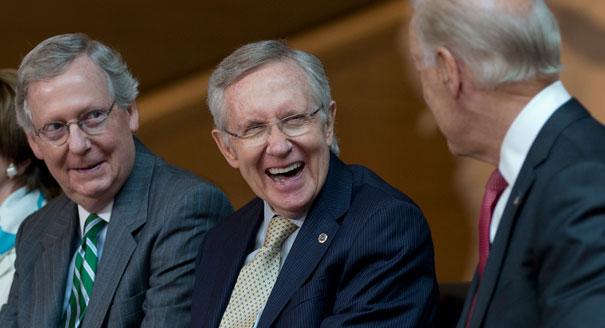 Washington — Democratic Senate Majority Leader Harry Reid, one of Obamacare’s architects and staunchest supporters, is also the only top congressional leader to exempt some of his staff from having to buy insurance through the law’s new exchanges.

Reid is the exception among the other top congressional leaders. GOP House Speaker John Boehner, House Democratic Leader Nancy Pelosi and Senate Republican Leader Mitch McConnell have all directed their staffs to join the exchange, their aides said.

In September, Reid told reporters, “Let’s stop these really juvenile political games — the one dealing with health care for senators and House members and our staff. We are going to be part of exchanges, that’s what the law says and we’ll be part of that.”