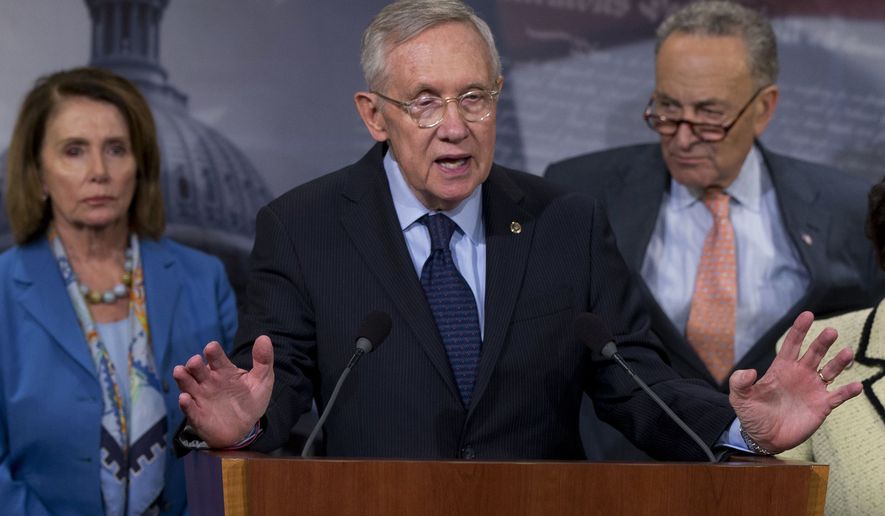 Democrats are increasingly antsy over the lineup President-elect Donald Trump has announced for his Cabinet, but they are also powerless to do very much to stop him — thanks to their own leader, Sen. Harry Reid.

It’s unlikely Mr. Reid had a President Trump in mind when he pulled the so-called “nuclear option” trigger three years ago, changing Senate rules to eviscerate the use of a filibuster to block presidential nominees.

Liberal interest groups are pleading with Democrats to fight the nominees, even though there’s not a lot they can do without the filibuster and against a unified GOP.

Despite that, those who helped Mr. Reid said they have no regrets.