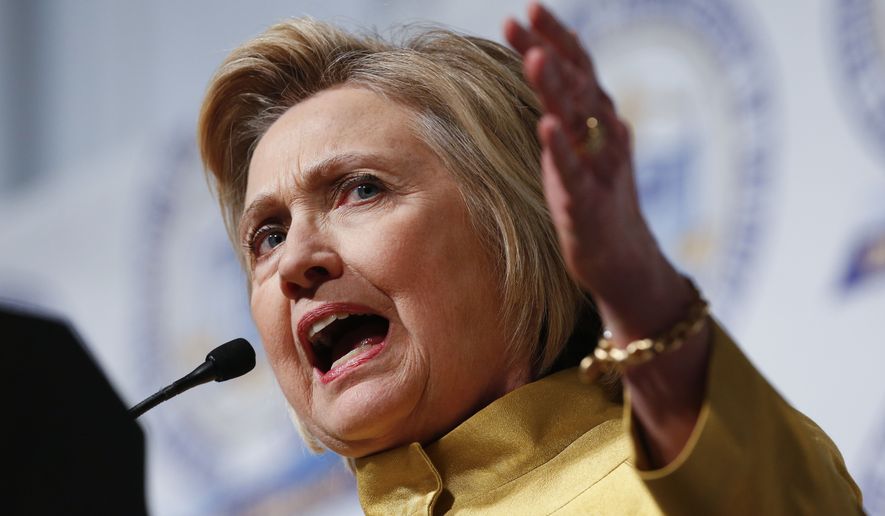 Democrats, skittish over pushing gun control since Al Gore’s bid for the White House fell short in 2000, are once again flirting with the issue, preparing to pick perhaps the most anti-gun presidential nominee in a generation.

Hillary Clinton’s provocations will be on the minds of thousands of Second Amendment activists gathering in Louisville beginning Thursday as the National Rifle Association hosts its annual meetings, insisting Mrs. Clinton’s fierce gun control stance will once again hamstring Democrats in a national election.

Likely GOP nominee Donald Trump will speak Friday, delivering his fervent pro-gun stance to the one part of the conservative coalition that has quickly and eagerly embraced him — which makes the contrast with Mrs. Clinton, who’s highlighted her anti-gun stance, all the more striking.

“She’s already viewed as the enemy by the gun rights people anyway, so she’s not losing any votes by saying ‘Look, I think we should enact tougher gun laws in these areas like uniform background checks and some other things,’” said Robert J. Spitzer, who chairs the political science department at SUNY Cortland in New York.