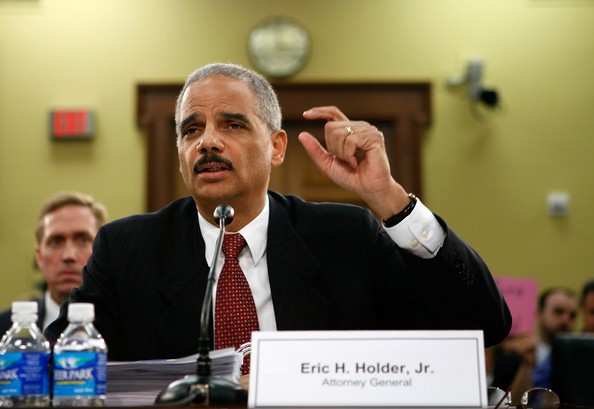 Attorney General Eric Holder claimed during congressional testimony today that internal Justice Department emails that use the phrase â€œFast and Furiousâ€ do not refer to the controversial gun-walking operation Fast and Furious.

Under questioning from Rep. Jason Chaffetz (R-Utah), who read excerpts of the emails at a House Judiciary Committee hearing on Justice Department oversight, Holder claimed that the phrase â€œFast and Furiousâ€ did not refer to Fast and Furious but instead referred to another gun-walking operation known as â€œWide Receiver.â€

However, the emails refer to both programs — “Fast and Furious” and the “Tucson case,” from where Wide Receiver was launched — and reveal Justice Department officials discussing how to handle media scrutiny when both operations become public.

Among three of the emails (see Jason Weinstein Email Fast, Furious.pdf), the second, dated â€œOctober 17, 2010 11:07 PM,â€ was sent by Deputy Assistant Attorney General Jason Weinstein to James Trusty and it states: â€œDo you think we should have Lanny participate in press when Fast and Furious and Lauraâ€™s Tucson case [Wide Receiver] are unsealed? Itâ€™s a tricky case, given the number of guns that have walked, but it is a significant set of prosecutions.â€