Holder does not rule out drone strike scenario in U.S. 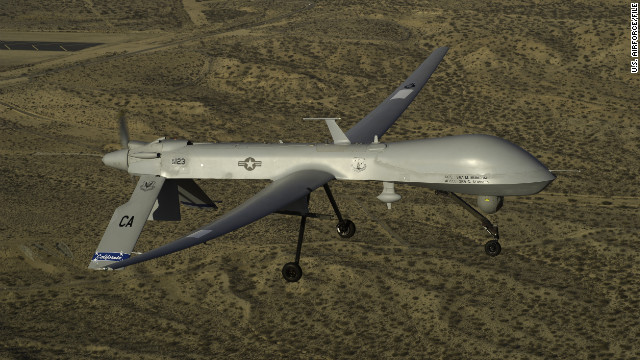 Washington (CNN) — Attorney General Eric Holder is not entirely ruling out a scenario under which a drone strike would be ordered against Americans on U.S. soil, but says it has never been done previously and he could only see it being considered in an extraordinary circumstance.

His comments released on Tuesday were prompted by questions raised over the nomination of John Brennan to head the CIA. Specifically, members of the Senate Intelligence Committee sought the Obama administration’s legal rationale for its use of drones to kill terror suspects overseas.

But Sen. Rand Paul, a Kentucky Republican who has said he would do what he could to hold up Brennan’s nomination until he got a full answer to his query, wanted to know whether the administration considered that policy applicable domestically.

In a letter to Paul dated on Monday, Holder said it was possible, “I suppose,” to imagine an “extraordinary circumstance in which it would be necessary and appropriate” under U.S. law for the president to authorize the military to “use lethal force” within the United States.

However, Holder said the question was “entirely hypothetical” and “unlikely to occur.”