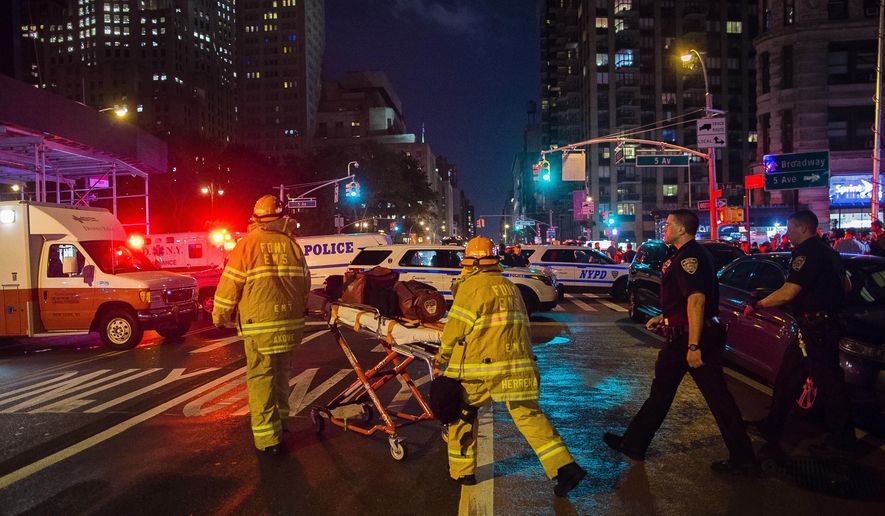 U.S.-based terrorists are likely focused on mass killings at festivals, concerts, sporting events and other outdoor events, says a confidential report by the Department of Homeland Security’s intelligence and analysis branch.

The Sept. 23 warning was issued in the wake of a string of bombings in Manhattan and New Jersey for which an Afghan-born Muslim, Ahmad Khan Rahami, was apprehended in a gun fight.

The report says the “most likely tactics” would involve “edged weapons, small arms, vehicle assaults and possibly IEDs [improvised explosive devices], said the report, a copy of which was obtained by The Washington Times.

The Islamic State terror organization has urged Muslims on social media to use vehicles to achieve mass killings, as was done in July in Nice, France, by an IS-inspired killer.

“I&A assesses that commercial facilities—such as festivals, concerts, outdoor events, and other mass gatherings—remain a potential target for terrorists or HVEs, as they often pursue simple, achievable attacks with an emphasis on economic impact and mass casualties,” the Homeland Security report said.”